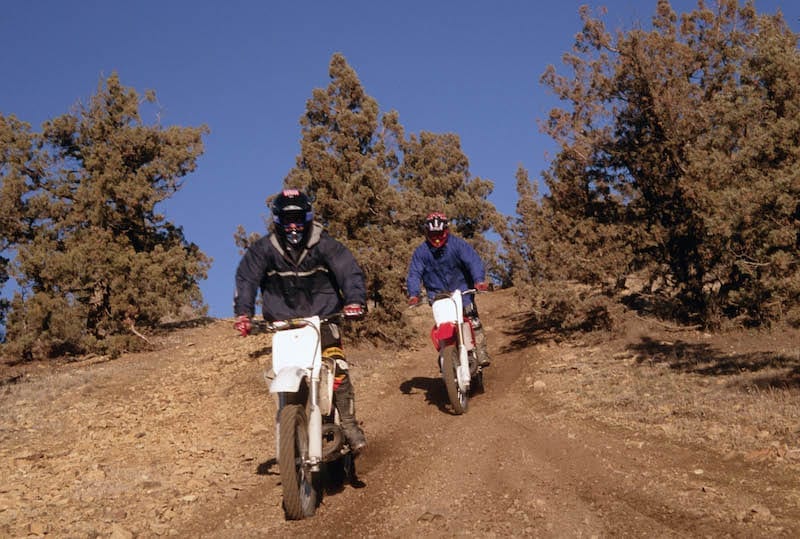 A proposal to create an official motorized trail system east of Prineville is drawing fire from environmentalists and state wildlife managers.

In June, Ochoco National Forest leaders signed a decision to designate and build 137 miles of off-highway vehicle trails, prompting legal challenges from the Bend-based environmental watchdog group, Central Oregon LandWatch, along with other environment protection organizations Oregon Wild, the Sierra Club and WildEarth Guardians. At the end of August, the Oregon Hunters Association also filed a lawsuit against the Ochoco National Forest, claiming that the trail system would hurt the elk population in the forest.

Opponents, including LandWatch, allege Ochoco National Forest managers did sufficiently account for impacts on wildlife and habitat when they developed the proposed trail system.

LandWatch President Paul Dewey said that Ochoco Summit Trail System, as the project is officially known, was developed in order to cater to a small group of motorized users. Ochoco National Forest staff have been working on the project for about a decade with the Ochoco Trail Riders, a club of fifty-five members who have been advocating for more trails in the Ochoco National Forest.

“As far as we can tell, the Forest Service just felt politically compelled to create this system,” said Dewey.

Larry Ulrich, president of the Ochoco Trail Riders (OTR), has been riding dirt bikes and ATVs in the Ochoco National Forest since the 1960s. He said the forest hasn’t changed much since then, which is exactly why off-road vehicle users like riding in the Ochocos.

There is currently one official off-highway vehicle trail in use in the Ochocos, the Green Mountain Trail, which is 8.5 miles long. That trail represents just a fraction of the total ad-hoc OHV trail network, which LandWatch and other opponents of formal expansion say is already in-use and inadequately monitored.

Those critics say that adding more than one hundred miles of new off-road vehicle trails would disrupt vulnerable wildlife populations and diminish wildlife habitat. Ochoco Trail Riders’ Ulrich said that’s not the case, citing the environmental impact report that the Forest Service published in 2016, which looked at some of those potential impacts.

“The Forest Service did their homework,” said Ulrich. “They did everything right when they did their environmental impact statement,” which was originally conducted in 2014 and revised in 2016.

Not everyone agrees with Ulrich and the Ochoco National Forest findings. The report drew more than one thousand critical responses from the community, about one hundred of which the Forest Service responded to and published in its revised Environmental Impact Statement in 2016.

Environmentalists aren’t the only ones raising objections.

ODFW wildlife biologist Greg Jackle said that the trail system would disrupt the habitat of vulnerable populations such as Rocky Mountain elk and redband trout.

Jackle said that the trails would have a “pretty hefty disturbance” in elk summering habitat in the Ochocos along with stream disturbance that would impact the trout population.

ODFW has been in negotiations with the Ochoco National Forest about the potential conflict but is not part of any of the legal challenges. Jackle said his agency is concerned that users will not respect the legal trails.

“We’re not on the same page I guess,” said Jackle. “We don’t buy that if you design a designated trail system that [off-road vehicle users] won’t go off road and go to these other places, too. The monitoring is very critical.”

ODFW is working to find a compromise with the Ochoco National Forest, and Jackle said the concern now is getting preliminary data prior to trail construction in order to monitor any changes in wildlife populations.

Ochoco National Forest Service Superintendent Stacey Forson declined to comment on the legal complaint, but a representative for the Ochocos said that despite the legal challenge, the Forest Service would move ahead with its plans for the system.

However, Ochoco Trail Riders’ Ulrich said that his group continues to wait for the Forest Service to implement its plan and doesn’t expect much to happen until the legal challenges are resolved.

“We haven’t moved any dirt yet,” he said.