You are here: Home / Culture / Heritage / Passion Fruit: Apples Rooted In The History Of Bend

A ongoing quest to find and ferment apples rooted in the history of Bend. 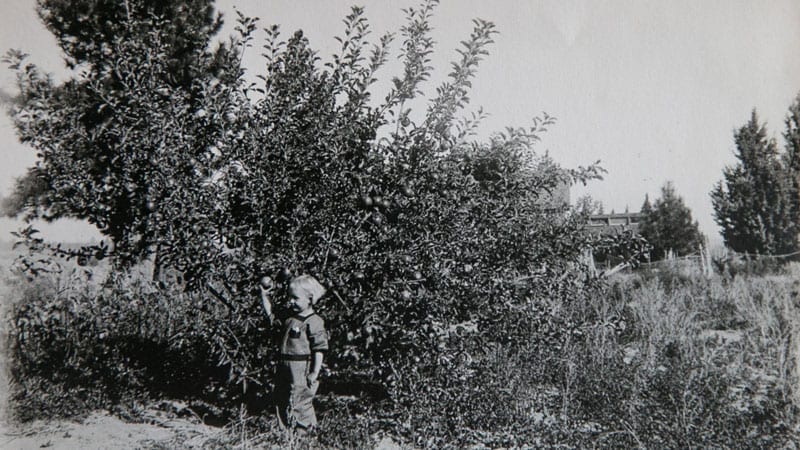 Alice Teater on the Wiest homestead and orchard near Neff Road in the area that is now Leehaven Estates. Photo courtesy Priscilla Ross.

A few years ago Mike and CJ Johnson of Terrebonne became curious about the apple trees growing on their 3.25-acre farm near Smith Rock. Unlike some of the young but lovely trees you see gracing yards and boulevards in Bend, these appeared quite old with thick, gnarled trunks and mature, leafy canopies. “I really just wanted to know what kind so I’d know how to use the apples,” CJ says. “As it turns out, we stumbled into a good story, too,” adds Mike.

Identifying apples isn’t easy, though. The definitive work on the fruit, Dan Bussey’s 2016 The Illustrated History of Apples in the United States and Canada, took 30 years to compile and includes seven volumes describing more than 16,000 varieties. Fortunately, the Johnsons found Shaun Shepherd, Oregon’s very own “apple detective” who together with Joanie Cooper founded the Temperate Orchard Conservancy in Molalla in 2012. Shepherd discovered something remarkable: at least six of the Johnsons’ trees were century old Ross Morris apples, a variety so rare that they didn’t even appear in Bussey’s book.

“They were the only ones I knew of in existence,” says Shepherd, who has since propagated one for the conservancy. “It’s the craziest thing.”

The discovery five years ago led The Ale Apothecary to use those apples in a boutique batch of Sahalie (Smoked Apple), an American wild ale, but it also unleashed CJ on a quest to find other heirloom apple trees across the region. She eventually formed iN Cahoots, a collaborative that now includes at least six century-old orchards that yield thousands of pounds of Northern Spy, Winter Banana and other vintage varieties that local brewers turn into delicious drinks. Bend’s 10 Barrel created a cider named after the collaborative in 2014. In July 2019, Deschutes released “Historic Oregon Super Juice.” Now, come Thanksgiving, Crux brewmaster Bianca Thomas will release a cider made from this year’s harvest.

“Heirloom apples like these are really hard to come by,” Thomas says. “You’re drinking the terroir of the community.”

You’re drinking history, too. Having an orchard was a way for pioneers to “prove up” a claim to own land under Abraham Lincoln’s Homestead Act of 1862, and newspaper articles published in the Bulletin in the early 1900s boast of the region’s fruit growing successes. CJ’s latest move has been to ask residents in Bend’s Orchard District to search for the remains of fruit trees that the town’s earliest settlers may have planted. Terry Foley, 78, remembers them well. “It was the kids’ onus to have to pick all that fruit,” says Foley, who grew up on a six-acre farm with fruit trees in the heart of the neighborhood on the corner of Revere and NE 8th Street. “That part of town is something of a banana belt.”

Of course, many of those trees have now disappeared under subdivisions and shopping centers, but vestiges of Bend’s fruity past do remain. You can find a few old giants off Jones Road near Hollinshead. There’s a fine sample tucked off NE Innes Lane and a beauty in a backyard on NE Ninth St. All of them are not far from where Levi Wiest, a founder of the town and nurseryman, once had a 160-acre homestead full of fruit trees. 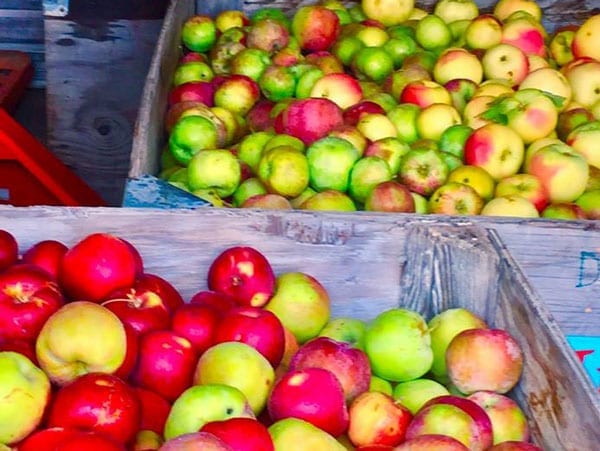 Standing before his church one Sunday evening in January 1908, Wiest delivered a message that we modern partakers of craft beverages may still clink our glasses over today. “Mr. Wiest spoke from the thought, ‘Ye must be born again’,” the Bulletin reported, “and he showed how with corn, with apples, with potatoes, with all fruits, perfection only comes by the new birth into conditions far higher and nobler.”

Surely he was foreshadowing CJ and all that cider.