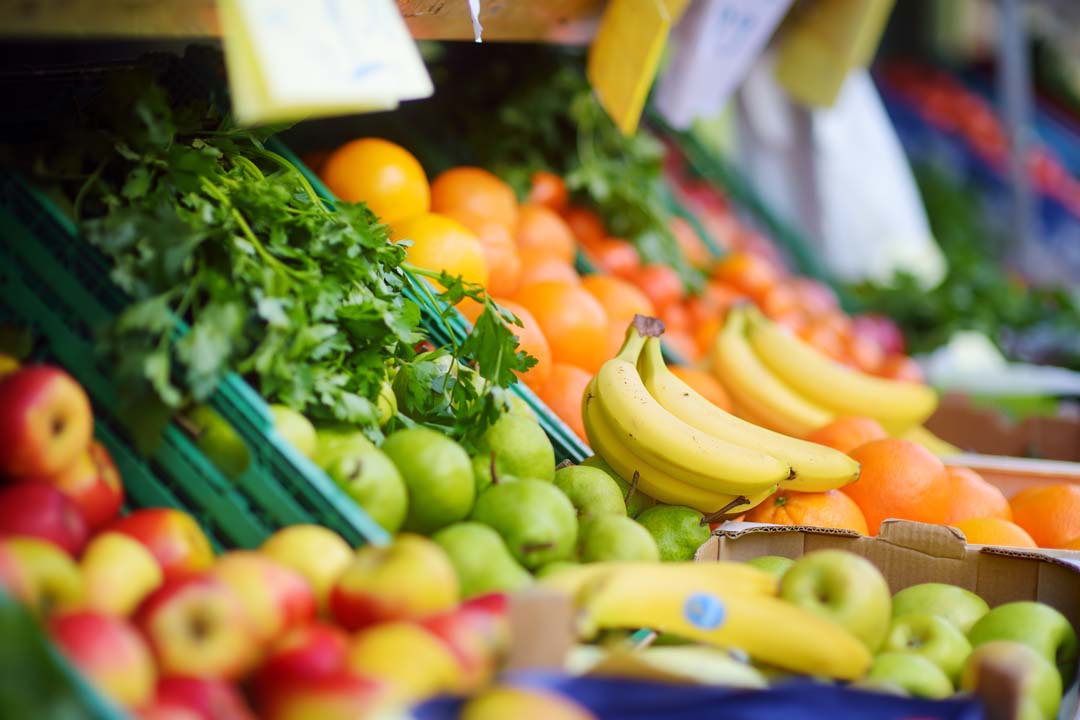 “I saw on your Facebook page—you guys are having a baby!” said a customer as Schoolhouse Produce co-owner Jeromy Cockrell rang up her groceries.

“Yep, baby number one’s due anytime,” Cockrell replied with a grin as he went back to hand labeling that day’s beef delivery.

Cockrell pointed to the sign clipped to a Mason jar next to the register that read “New Baby Fund.” “We put that up because Sarah and I kept losing track of who we told,” he said of his wife and co-owner. More shoppers came in and out of Schoolhouse Produce over the next thirty minutes. Cockrell’s banter with each person was affable and often involved first names. Most people bought just an armful of items. The steaming pot of soup, scratch-made daily and also sold frozen, was a hot seller.

Schoolhouse Produce is located on a busy corner in Redmond just a few blocks from Fred Meyer, Jeromy and Sarah’s former employer. The market isn’t large. Let’s say a game of catch spontaneously erupted using one of the oranges stationed by the front door. You wouldn’t need much of an arm to lob a pitch into your co-conspirator’s mitt in the opposite corner of the store by a cooler emblazoned with author Michael Pollan’s admonition “Eat food. Not too much. Mostly greens.”

“I think we fall more on the health-store side rather than purely the grocery side, so people seek us out when they have health issues or to supplement what they’re getting at the bigger stores in town,” said Cockrell. “We are a year-round produce stand. Most people assume that means it’s all local and organic, but that’s just not possible, as much as we’d like it to be.”

The grocer’s two main produce suppliers are in Portland, but Schoolhouse stocks beef from MC Cattle out of Terrebonne, Tumalo lamb and goat milk soap, honey from Deschutes County bees, Redmond salsa and jelly, Bend toffee, Prineville cheese, twenty-odd other locally sourced products, a number of regionally sourced items and a handful of other essentials such as, you guessed it, La Croix.

“We probably have a couple of things in here that are no bueno from a strictly healthful perspective, but we try not to carry any products with MSG, preservatives, artificial colors or sweeteners,” he said. “The less ingredients the better.”

Cockrell explained that he and Sarah see people turn their energy levels around by looking to real food and supplements that are 100 percent food based.

Jayne Simmons, from whom the Cockrells bought the business in 2014, was a former school teacher. “She said she wasn’t a very good one, but she found that when she started selling produce, she felt that she could teach people how to use, learn and interact with food,” said Cockrell. “We’ve carried on that spirit. Just eat real food. It’s pretty simple.”