Established in 2012 by Deschutes Brewery alum Paul Arney, The Ale Apothecary is Bend’s deliberately anachronistic ale maker, offering a variety of “new Old World,” spontaneously fermented, small-batch beers. The brewery is located at Arney’s home in a patch of national forest near Tumalo Creek, west of town. This past spring, Arney opened up a new tasting room to the public on Bend’s west side. 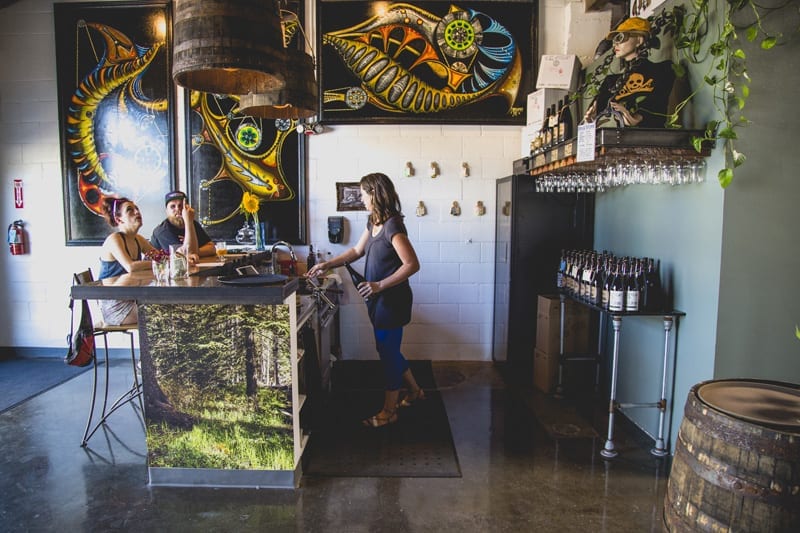 “Wood” is one of the dominant themes behind The Ale Apothecary. From the beer’s inception in a modified-barrel mash tun (or a hollowed-out spruce tree, in the case of Sahati, Arney’s interpretation of a Finnish-inspired spruce beer), through fermentation and aging in more barrels, wood touches nearly every stage of the beer’s life.

The wild yeasts that inoculate the brew develop a distinctive rustic, semi-sour character, something of a terroir that the barrels harbor from batch to batch and that Arney relies on when blending his creations. 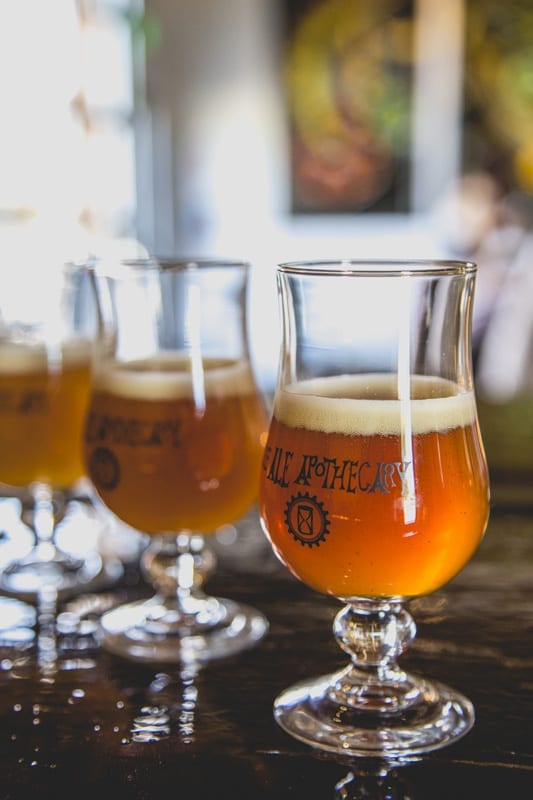 Once bottled, there is one final stage in the beer’s wood-infused lifecycle: drinking it at the new tasting room.

The open floorplan offers ample glimpses of the barrels located throughout, and there is an artistic aesthetic that underscores the brewery’s artisanal roots.

Corked bottles are available to purchase for on-premise consumption, and select beers are available in single pours on a rotating basis—but never on draft, and no guest beers. Arney wouldn’t have it any other way. “If you want RPM IPA, Cabin 22 is right across the street,” he offered, coolly.