You are here: Home / Culture / Heritage / The Rise and Fall of the Bend Water Pageant

In 1932, a group of business owners were sitting around a table in a local coffee shop in Bend. Their community, like all others in the nation at the time, was struggling to survive in the Great Depression. Led by the owner of Bend’s Capitol Theatre, Byron “Dutch” Stover, the group was looking for new ways to get people to visit town. Bend remained a popular tourist destination, but the economic collapse of the nation meant that the town needed more help than ever. 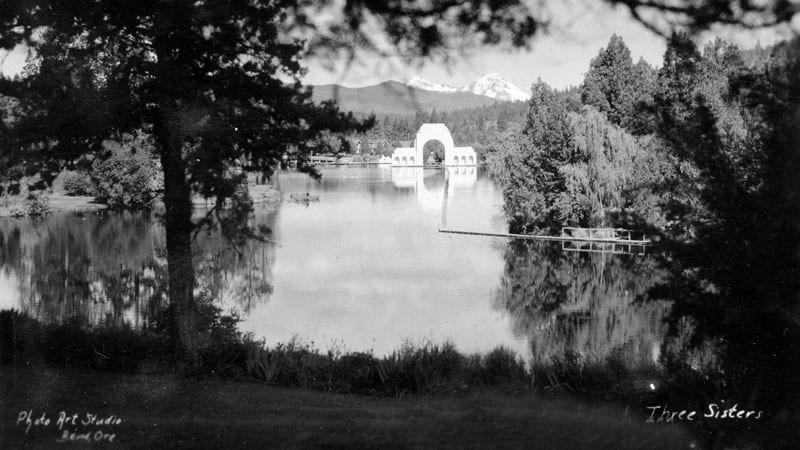 Stover was regularly coming up with ideas surrounding performing arts and was a big early supporter of local pageants. He settled on the idea of a water carnival, originally proposed in order to incorporate the nearby Mirror Pond into the town’s Fourth of July festivities. This water carnival would be similar to a regular parade of floats, except it would take place on the Deschutes River. It would also crown a pageant queen every year, who was usually a local teen.

On July 4, 1933, the first Bend Water Pageant took place. Weeks before the event, the town was hard at work getting ready. The float near the modern day and aptly named Pageant Park was not a task to prepare for overnight. The first year, the pageant creators envisioned a rainbow of water that the floats could pass under when they came through Mirror Pond. This proved to be too complicated, so pageant officials opted to create a huge wooden arch every year after the first pageant that floats could pass under, fit with colorful lights to resemble a rainbow. 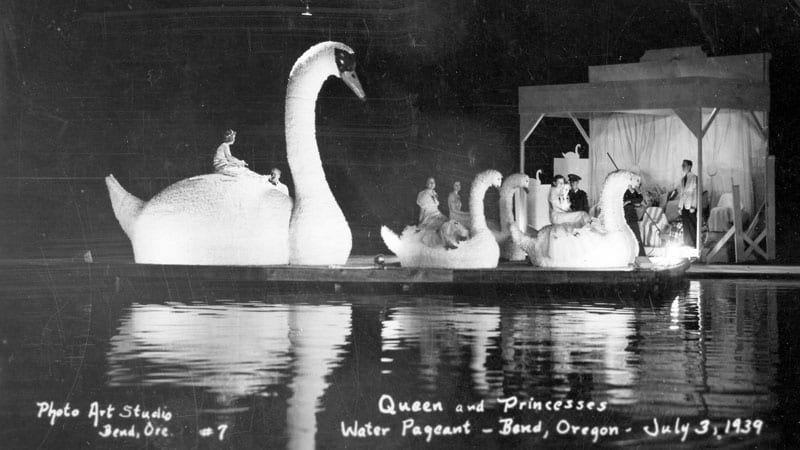 In 1934, the arch was one of the tallest structures in Bend. The fact that this relatively big construction project was devoted to a completely temporary structure speaks to how significant the Bend Water Pageant was to the town.

“I don’t think anybody had really caught on to this big vision that he [Stover] had for the water pageant,” said Kelly Cannon-Miller, executive director of the Deschutes Historical Society in a short film about the Bend Water Pageant called Let There Be Light.

The pageant became an opportunity for the Bend community to forget their woes. For one night, while the entire nation celebrated freedom and independence, people in Bend could stop by Mirror Pond and relax as they watched the colorful floats of swans and fairy tale figures pass under the arch; each color twinkling across the dark water to create a spectacle of light that dazzled locals and tourists alike. 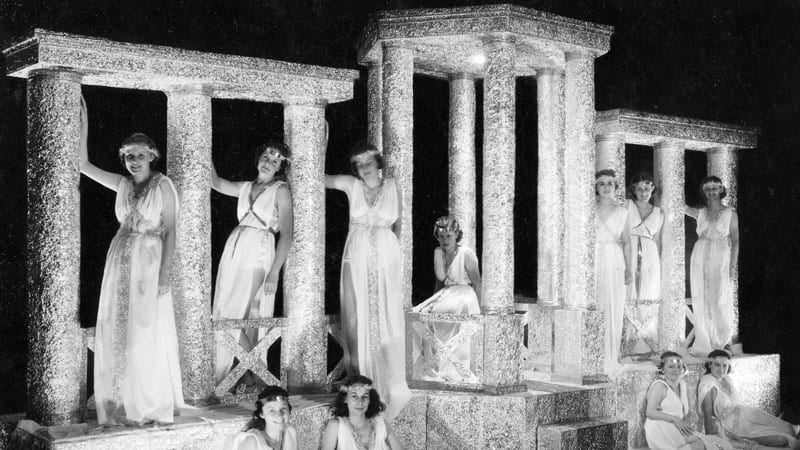 “One of the things I love the most about this story is that for all those years, it was a chance for people to just be creative and build these beautiful things together. At a certain level, it was a giant group art project. Everyone brought their skills to bring this project to fruition,” Cannon-Miller said.

The pageant saw its peak popularity in the 1940s, when thousands of people would flock to town to see it. By the 1950s, the event had gotten almost out of hand. “Due to how many people were showing up, it would sometimes take six weeks to get Drake Park clean again,” Cannon-Miller said. By the early 1960s, the pageant had grown to such a size that it took a team of 200 volunteers two entire months of work, just to be ready in time for the Fourth of July. “The clean up combined with the massive effort it took to create the pageant created its decline,” Cannon-Miller said. 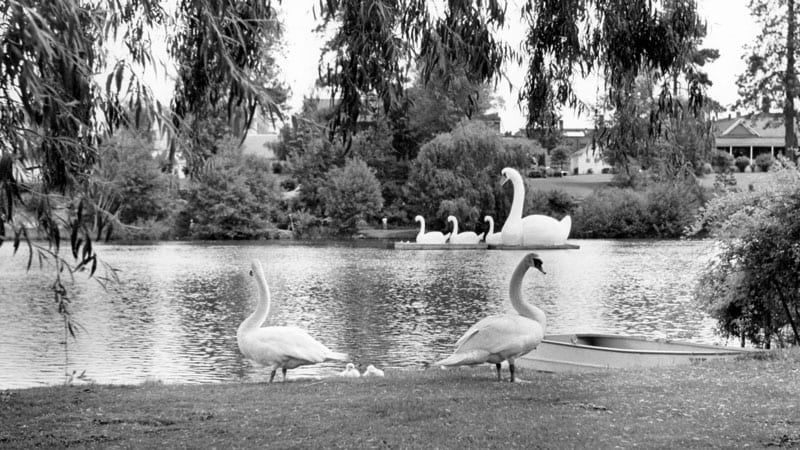 The real swans of Drake Park gather at the riverbank to comtemplate their supersized, and temporary, Water Pageant swan friends, 1954.

America had changed, and Bend with it. The strife from the Great Depression had passed and a generation had come and gone. The pageant, like many old traditions and institutions in the 1960s, was viewed as outdated and ultimately unnecessary.

In 1965, when the last float had left Mirror Pond, the final pageant came to an end. The history of the pageant is preserved around town in parks and archives, where visitors can learn about a nearly forgotten history and celebrate the legacy left behind; one of collaboration, creativity and community.