Summer is gearing up in Central Oregon, and there are a lot of great events around town you won’t want to miss this weekend. 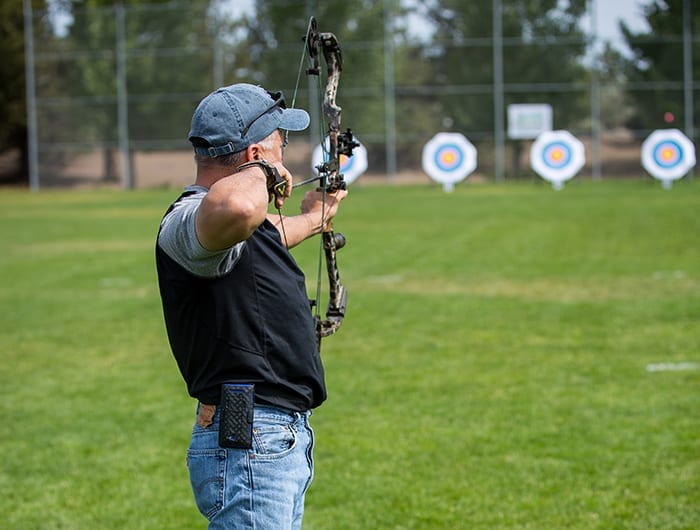 Oregon Senior Games Photo By Lay It Out Events

In a pairing that ensures the music gods were looking out for Bend this summer, singer-songwriter Ray Lamontagne and Neko Case (with her first solo album in five years) will be performing at the Les Schwab Amphitheater and opening a summer concert lineup of your dreams. Check out the complete list of outdoor concerts and music festivals in Central Oregon this summer to start planning for the shows you don’t want to miss.

The world premier of North of Nightfall, an adventure documentary, will be held at the Tower on Wednesday night. The film follows a group of mountain bike freeriders, including Bend’s Carson Storch, as they take on epic and remote mountain biking lines at Axel Heiberg Island in the Arctic Circle.

Birders will want to flock to Sisters this weekend for the annual Dean Hale Woodpecker Festival. Guided tours will take you to see the eleven species of woodpeckers that make their home in Central Oregon as well as more than 200 other species along the way. Trips have filled up fast for this popular event from the East Cascades Audubon Society.

The Bend Elks are one of the closest things we have to professional sports in Bend. Opening day for the baseball season is June 1 and three teams will be playing in a tournament throughout the weekend. Grab a hot dog and a beer and watch the teams play at the opening game on Friday night in Bend.

Athletes 50-year-old and up from across the state will be in Central Oregon for the Oregon Senior Games. There are fifteen sports to choose from that are qualifiers for the National Senior Games, including archery, badminton, bowling, pickleball, cycling, swimming, track and more. The events take place over three weeks throughout the region.

Share This Article
« 5 Waterfalls To Hike To This Summer
Weekend Roundup: June 6-10 »