You are here: Home / Homepage: Features / Amid a Pilot Shortage, Central Oregon is Training Future Aviators

It’s a gorgeous, unreal day over Madras with the high desert canyons collapsing into the rolling expanses of sage and brittlebush, and Tanner Steele is at the helm of a Cessna 172. The pack of dials and gauges before him blink and spin in a language he has come to learn. There’s the airport ahead. He banks. Mount Jefferson slides off his left wing. Mount Hood looms straight ahead. A sign in the cockpit reminds him to behave. No spins. No aerobatics. Steele, a Central Oregon Community College student enrolled in the school’s two-year professional pilot program, is calm and focused; just a red-headed twenty-year-old a thousand feet in the sky. Me? I’m getting queasy. 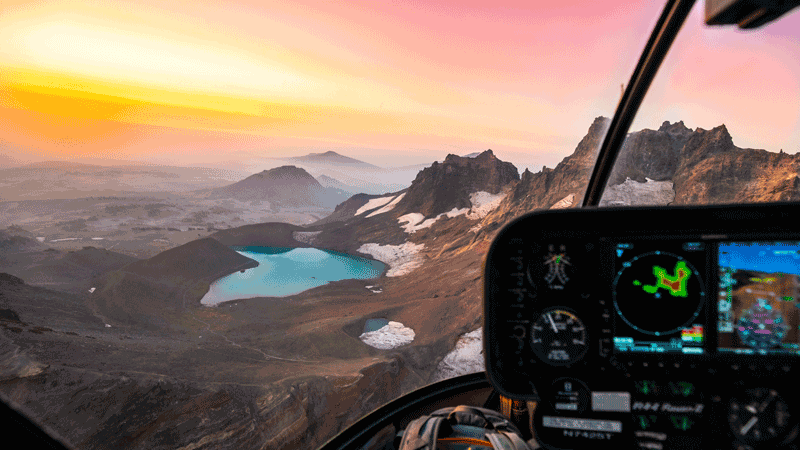 “Look straight ahead,” Steele tells me, helpfully. “Don’t look down.”

I close my eyes and that’s when I notice the sound. Something’s off. The constant drone of the engine has diminished to a worrisome sputter, and then a muscleless whisper. Is that an alarm going off? “Have you lost power?” I ask. “Oh no!” he says.

Steele gets to work. He sets the speed to about 65 knots which gives him an efficient nine-to-one glide ratio, meaning that for every nine feet he flies horizontally he’ll lose only a foot in elevation. That should be more than enough to make it to the runway, but then he starts muttering in what sounds to me like run-on gibberish: “Roughly in a downwind turn a little bit more fine runway off the right wing gonna go straight into a right base for one-six.” The runway drifts up slowly and with a squeaky bounce the plane comes to a stop on the ground. No fireball. No vomit. 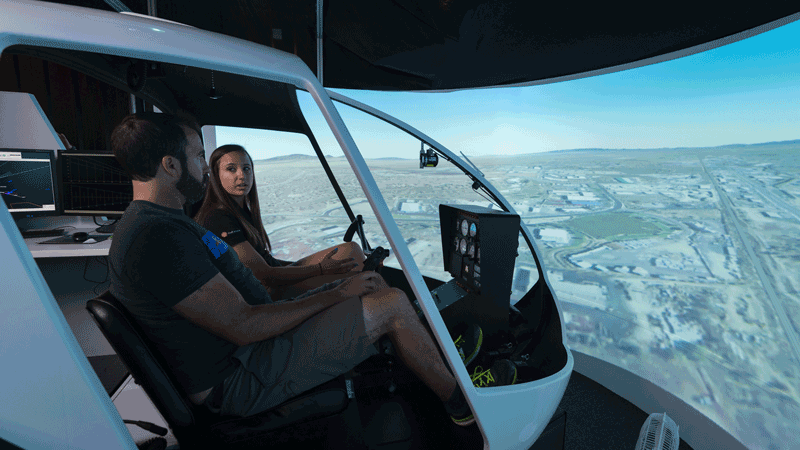 “Like a boss!” says his instructor, Chris McNulty from behind him. Then the engine magically restarts and Steele does it all over again.

This is all fake—the weather, the airport, even the plane itself. What I just witnessed was a flight simulation boasting a remarkable layer of reality. We weren’t high over Madras. There was no engine failure because there was no engine. Even Mount Jefferson, Mount Hood, and the desert around Madras, were all just a computer projection on a large, semicircle of a screen set before a model cockpit designed to feel and look exactly like the cockpit of a Cessna 172. About the only thing real here is Steele, my nausea and the fact that training like this—along with countless hours flying the real deal sitting outside on the Bend Municipal Airport tarmac—will mean one day very soon Steele will almost certainly be a pilot. When that happens, he’ll be the guy anyone would want in the cockpit should a real emergency take place. 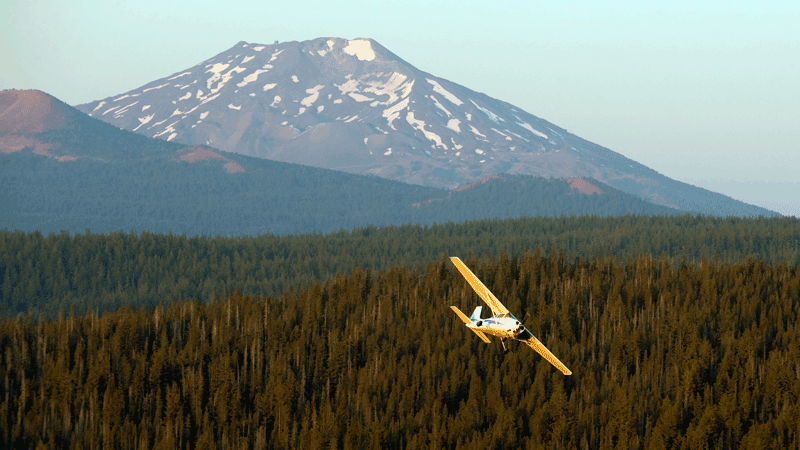 Steele is one of more than 200 students enrolled in COCC’s aviation program that teams up with Leading Edge Flight Academy at the Bend Municipal Airport to teach the next generation of plane and helicopter pilots, as well as drone operators and managers. During the day he’ll take classes in avionics (the study of the electronic systems used on aircraft) and aerodynamics, and then head out to the airport for a lab that includes flying real planes as well as time practicing in the simulator. In less than two years he’s already mastered his private pilot and instrument-flying certifications and will soon have his commercial license, too. That puts him that much closer to realizing a dream of flying helicopters that offer emergency medical transfer. “I’ve wanted to fly since I was a kid,” he said, adding he was going to transfer to Arizona State but then found COCC and Leading Edge. “I decided to stick around Bend.” 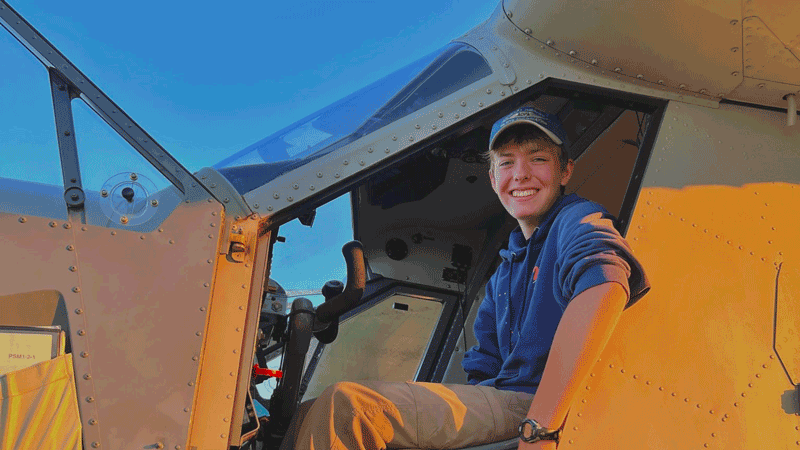 How did you become interested in learning to fly?

“I don’t know how a 2-year-old me found the interest, but I’ve wanted to fly for as long as I can consciously remember.”

“At Outlaw Aviation (in Sisters, Oregon), when I was 16 years old.”

“Just after turning 18 and a few weeks before graduating from Summit High School.”

Favorite (or most challenging) part of flying?

“I love how you can never learn enough about flying, which is also what makes it a challenging thing to pursue. Flying is a constant learning experience.”

What is your ultimate goal after graduation from the Aviation Program?

“I want to be an aerial firefighter in the long term but I also have a huge interest in backcountry flying and seaplanes.”