At the Cascade Lakes Relay that takes place this weekend, Dearric Winchester and Jeremy Howell will both attempt to complete the 216.6-mile course on their own. 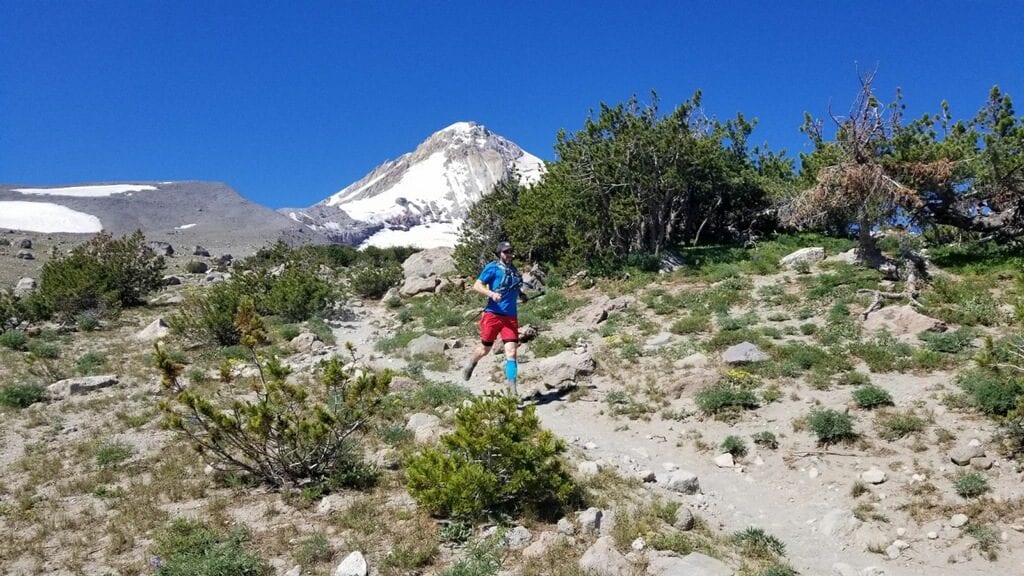 As Dearric Winchester and I finished our morning run, he stopped to point out a spot about a quarter-mile from his house where knee pain curtailed his first training run three years ago and forced him to walk home. For most casual runners, the five miles we covered in the early hours of a hot summer morning would seem a productive morning workout. For Winchester, it represents just a fraction of the 216.6-mile course he and fellow Oregon native Jeremy Howell will tackle in the coming week.

Starting the evening of August 1, Howell and Winchester, 36, will each run the entirety of the Cascade Lakes Relay course—an endeavor usually tackled by teams of six to twelve runners. Both are motivated by more than testing their endurance; Howell will be running to support various food banks, while Winchester will be running to raise awareness for migraines and fundraise for the Association of Migraine Disorders.

Winchester has seen firsthand how debilitating migraines can be as his wife has continuously suffered from them since her late teens.

“It’s very, very hard [for the average person] to empathize with,” Winchester said of the pain caused by migraines. “As I’ve done more of the distance runs [I] kind of feel that suffering. It’s voluntary but you are experiencing some measure of that.” In addition to the discomfort naturally associated with running more than one hundred miles at a time, Winchester is still plagued by the same knee pain that sabotaged his first run.

A desire to bring awareness to and support those suffering from migraines is what drew Winchester to running distances unthinkable for most. “Doing something that makes people say ‘That’s nuts’ is an opportunity to start a conversation,” Winchester said. 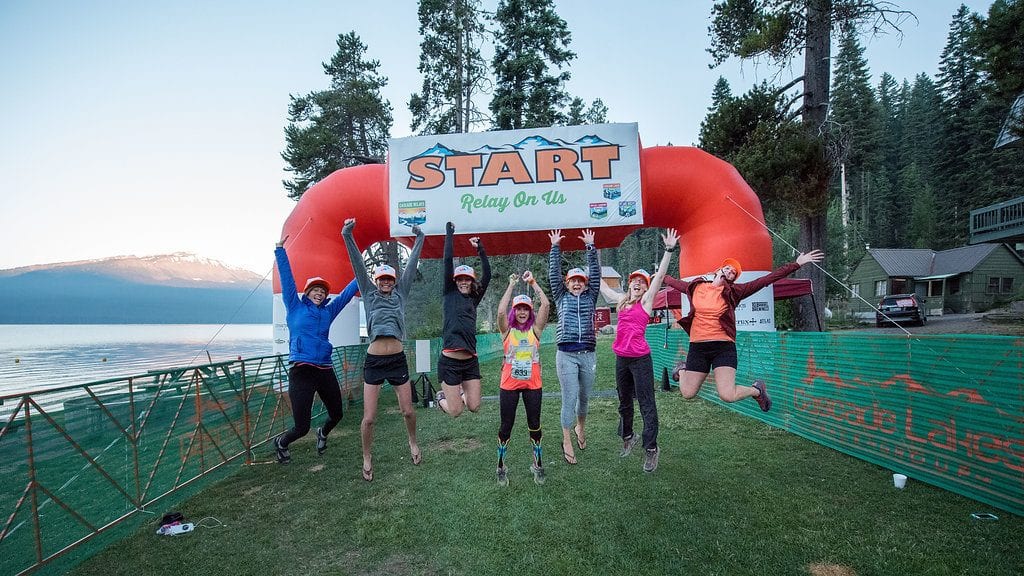 Cascade Lakes isn’t his first attempt raise awareness for this cause. In 2016, Winchester completed a 150-mile run from Mount Hood to Mount Bachelor to promote and fundraise for the organization. The Cascade Lakes Relay will be his longest effort to date, and possibly his largest platform yet. Winchester has raised more than $8,000 toward migraine research through his running. Supporters can learn more about his campaign on Crowdrise, Facebook or Twitter and track his Cascade Lakes progress on his Garmin profile.

While this year’s relay will be his first solo attempt, it will also be Howell’s tenth time participating in the Cascade Relays. It was his preparation for this particular race that inspired his cause.

“People would always ask me [about his upcoming solo Cascade Lakes attempt] when or where are you going to sleep? Or what are you going to eat and when? And you start realizing there are people that face that question everyday,” Howell said. Howell asks those interested in supporting his cause to donate $21.66 (in parallel with the exact race length of 216.6 miles) to the Bethlehem Inn in Bend, the Union Gospel Mission in Salem or the LaPine Community Kitchen or a local food bank or shelter of their choosing.

The two men plan to start together, but the remaining 216 miles will be “pretty much a fight to the death,” Winchester said jokingly. Both largely self-coached, their training strategies leading up to the race differ dramatically. 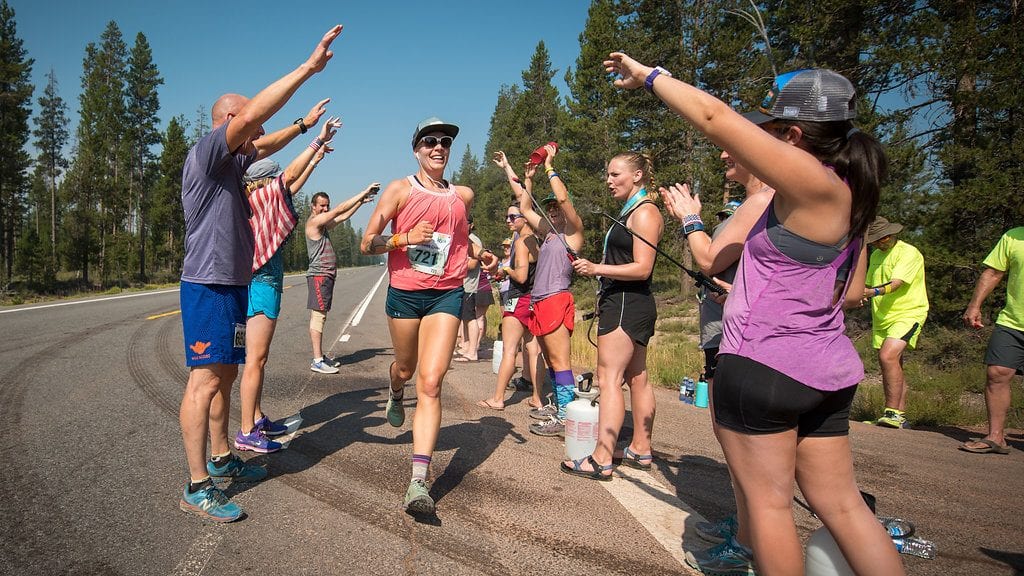 While Winchester has been training at as much as 130 miles per week, including recently completing a forty-mile run around Mount Hood, Howell has been constrained by his recent move to Seattle and a kidney stone that has limited his running for the last year. Despite the training setbacks, Howell is confident that he will finish the race.

“I will guarantee 100 percent I will finish,” Howell said. Howell’s confidence in his mental toughness was bolstered by his effort last September in the Mountain Lakes 100. “In my 100-miler the race staff tried to pull me and I said, ‘I didn’t sign up for a ninety-seven-mile race.”

As far as strategy, Howell has broken the race up into fifths and plans to take four pit stops of two to two-and-a-half hours to eat and sleep. Winchester has no concrete plan other than trying to sleep during the heat of the day, opting to play it by feel.

“I have a plan until it falls apart,” Winchester explained. “The wheels are going to come off at some point, I just don’t know when or where.”

Running for a cause is a familiar concept for the Cascade Lakes Relays organizers. Co-founders Scott and Carrie Douglass started the race ten years ago and have raised more than $300,000 dollars for community organizations and nonprofits in the Central Oregon area. The success of the relays led to the creation of the Beer Chase relays, a shorter series of relays in Boulder, San Diego and Bend. 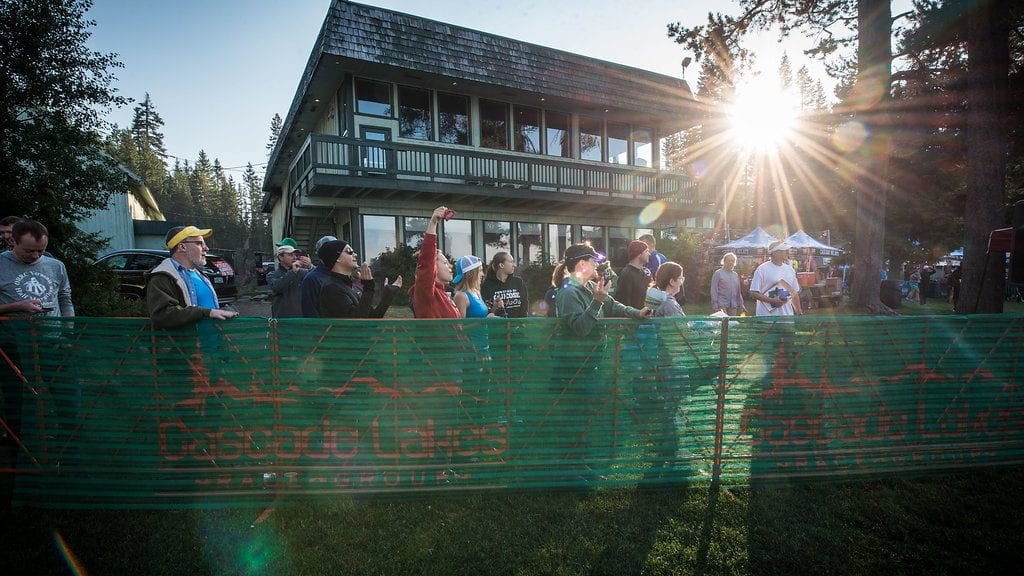 More than 200 teams last year competed in the Cascade Lakes Relay last year. The teams ran for fitness, in memory of lost teammates, in celebration of sobriety or in honor of loved ones. “When you’re running 216 miles, usually there’s a why behind it,” said Cascade Lakes Relay spokesperson McKenna Boen.