You are here: Home / Home / Inside the DIY dream home of Central Oregon’s Equall family

Courtney Equall was walking her boxer Rudy on their regular stroll through their Three Rivers neighborhood two years ago this spring, when she spotted a rare “for sale” sign. While her own home was only a few hundred yards away, the listed property was right on the Deschutes River, and she was intrigued. She called her husband Nate Equall with a kind of crazy idea, and he immediately started running the numbers to see if they might be able to buy it. “We called the realtor, and I think we looked at it the next morning,” Nate said. 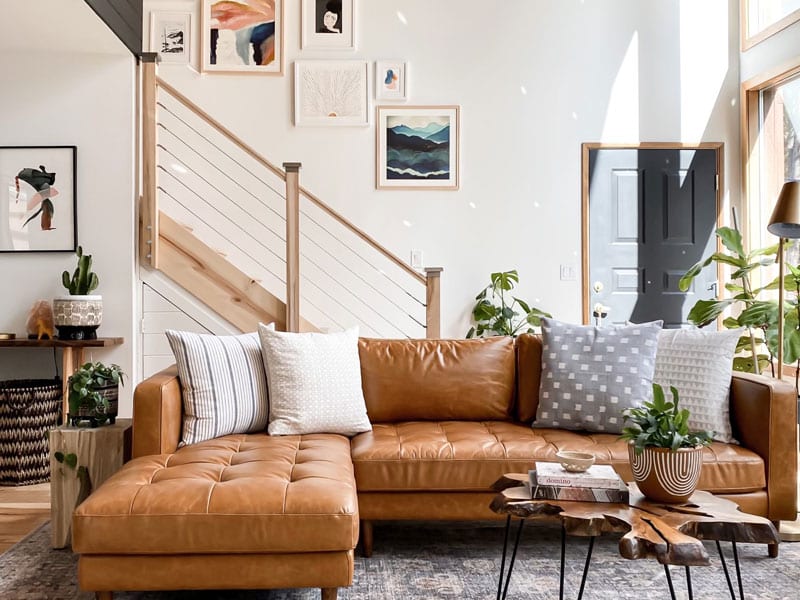 It took a few months to close the deal, because the couple had to sell their current home to get the next, but by late summer the property was theirs. It was “a real fixer” Courtney said, and hardly move-in ready—a 1984 build with mostly original features, old worn carpet and a dark, cramped kitchen right off the entrance. The couple would have their work cut out for them. But a project like this wasn’t intimidating for the Equalls. In fact, it would be their third go-around fixing up a house themselves, and this time they’d have their largest audience yet. Because as the couple planned to renovate their new 1,400-square-foot home into a bright, open, space, they’d have their 136,000 Instagram followers watching along the way. 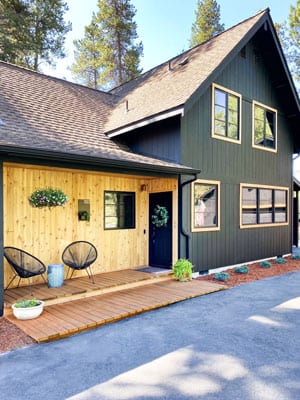 It had all started when the Equalls moved from Portland to Texas in 2014 for Nate’s job in advertising. As they started working on DIY home projects, family back home encouraged Courtney to start a blog to share their progress. She set up girlandgrey.com to post photos and updates. “Girl” was for their daughter, Nolan, now 11, and Grey is their first son, now 9. They’ve since had a second son, Urban, now 4.

In 2017, the couple moved home to Oregon, this time to the Three Rivers area, and continued to share their DIY projects on the blog and Instagram account. They were amassing followers along the way and attracting the interest of companies such as The Home Depot and Sherwin Williams that wanted to collaborate and connect with the @girlandgrey audience. When it came time to move into house number three on the Deschutes River, they had a captive and eager following ready to cheer them on. 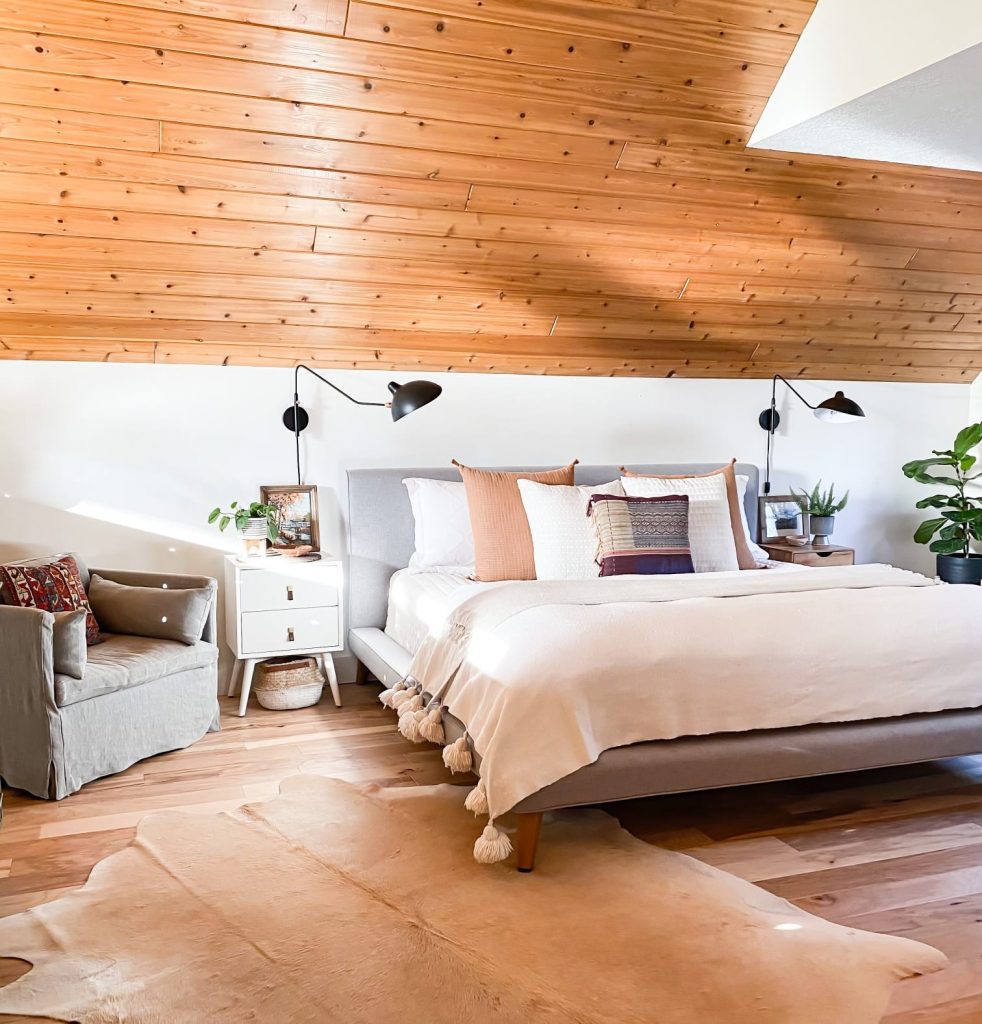 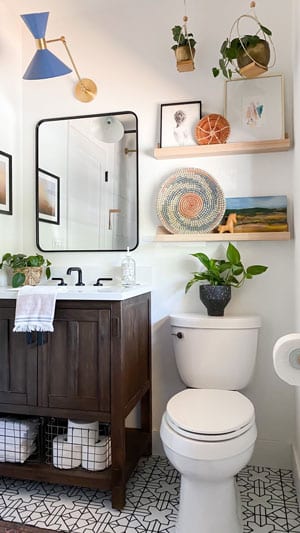 If not for their online friends, things may not have moved as quickly in the new home after the Equalls got the keys. But, they had signed on with Better Homes and Gardens to be a featured participant in the One Room Challenge, a six-week project to renovate one room in your home. The couple chose the kitchen as their project space, and started tearing things apart days after moving in. They would have to balance the renovation work with their regular lives—Nate working remotely as the director of advertising for an investment research firm and Courtney, who holds a master’s in education, helping raise the couple’s three kids. As they had in their first Three Rivers house, they enlisted the help of Courtney’s father, Jeff Price, who taught Nate most of what he knows about carpentry over the years. They ripped out dated cupboards from the 1980s to open up the space, removed the drop ceiling and swapped one small window for three large black-framed windows that look out onto the street. They added sage-green cupboards, a countertop-to-ceiling white tile backsplash behind the oven and fresh new hardwood floors, which extend throughout the main floor. “We just wanted it to be bright and open, with Northwest vibes,” Courtney said. It was a close call, but the couple completed the kitchen project in the six weeks of allotted time for the One Room Challenge.

As the chaos of the kitchen project faded away, the Equalls were on to the next thing, and then the next. They transformed their downstairs bathroom, adding sleek black and white tile on the floors, an all-white tiled shower-bath combo and a new sink and vanity. The resulting space is clean and modern, but still incorporates Courtney’s boho-inspired style with hanging plants, and one of her many repurposed art pieces thrifted from Goodwill on the shelves above the toilet. After the bathroom came the entryway, followed by a backyard firepit and then a refresh of the laundry room, complete with new open shelving and fun polka dot wallpaper behind the appliances. 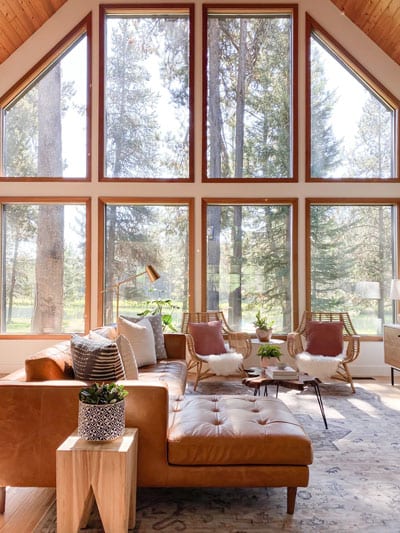 Between all the smaller projects, Nate was busy outside on something much bigger—repainting the entire exterior of the house and swapping windows and the front door. Thanks to the @girlandgrey following, the couple collaborated with Sherwin Williams to get paint in exchange for documenting the process. While they initially thought they had a shade of black in mind, it was actually the Instagram audience who ultimately chose another called “Tricorn Black.” “I take a lot of polls when I’m choosing something like tile or color, and everyone loved that color,” Courtney said.

While the Equall’s Three Rivers home looks like a finished product in many of the photos they post today, experienced DIY-ers like them are always looking to what’s next. They have an upstairs bathroom that still exudes vintage vibes, and there’s a house addition they hope to tear down and rebuild in a couple of years. As they go, the couple will turn to their online following for support and feedback. “I feel like it’s my biggest passion,” said Courtney of her love of design and sharing it with others. “It’s the most fun thing in the world. It’s like this whole group of people out there that feel like my buddies.”

While six years ago in Texas, big renovation projects sounded like scary undertakings, the couple say they’ve gotten more confident with every project. “Anyone can do it. You learn a lot as you go,” Courtney said. “I think if it’s something you want to do, go for it.”