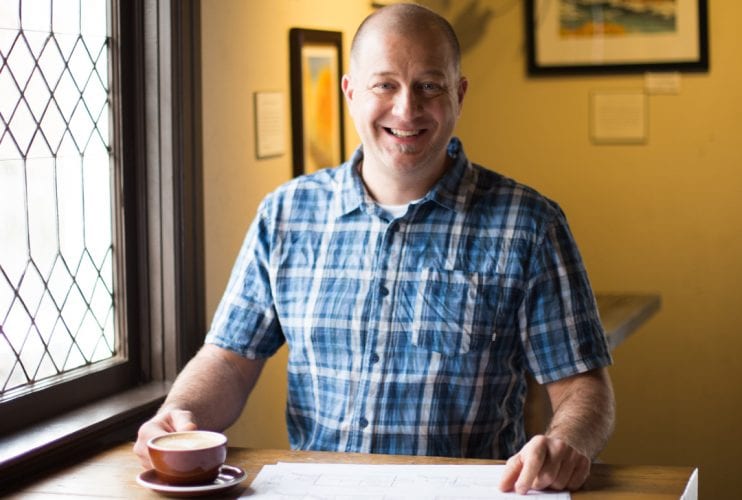 In 2018, the Central Oregon Builder’s Association honored Darrin Hollyman with the Home Designer of the Year award. Hollyman has drawn hundreds of homes in his twenty-five-year career, met amazing people and been rewarded with many happy clients. But winning this award, he said, was his highest honor to date. “It’s so humbling, and such a high tribute, to be honored by your peers.”

Hollyman’s career began in the early 1990s with an associate’s degree in architectural design from a building design school in Arizona. A native Oregonian, Hollyman returned home and worked for an architect on the Oregon Coast and a structural engineering firm in Eugene before moving to Bend, where for twenty years he worked for a high-end custom home design/build firm, designing homes under a lead designer.

Last year, Hollyman hung up his own shingle and launched a new business, Hollyman Design. “I was ready to be more directly involved with clients, to have more creativity and autonomy,” he explained.

With two decades of experience living and working in Central Oregon, Hollyman understands—and respects— the natural environment and the land on which he designs homes.

“I believe strongly in respecting and working within the existing environment, by carefully designing and placing homes that blend into the natural landscape of the desired community,” he said. “Preserving the natural beauty of Central Oregon is key to my design.”

Recent Hollyman Design projects include a 3000-square-foot, large-scale Craftsman bungalow on Awbrey Butte, a high desert lodge home and an addition to a home near Mirror Pond which required a historic review. With each project, Hollyman connects with the future homeowners to achieve their intentions.

“I spend significant time with the client, to come up with a list of their wishes,” he said.

To achieve the synchrony with the land that he intends, Hollyman spends time on the lot, understanding where the views are, where the sun comes up, where are good areas to spend time both inside and out.

“I believe Central Oregon provides beautiful and unprecedented outdoor living and my designs are carefully thought out so that the flow is natural going both in and out,” he said. “I want the home to look like it belongs there—like it’s supposed to be there.”

Hollyman has designed multi-family and single-family dwellings as well as ADUs and additions since opening his own business last year. In the length of his career, he’s designed homes for many local high-end communities and neighborhoods, including Pronghorn, Broken Top, Crosswater, Sunriver, North Rim and Tetherow, often being the designer of contact for design review and submittals. Hollyman has recently been approved as a Professional Designer in Brasada Ranch.

With so many years of experience and so many homes designed under his belt, and even a major award won, one reward remains the same for Hollyman— designing a home that a new owner will love. “I like making people happy,” he said. 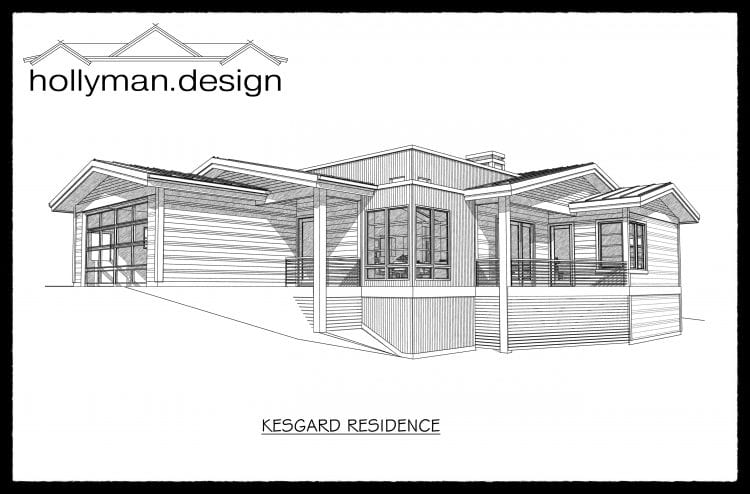 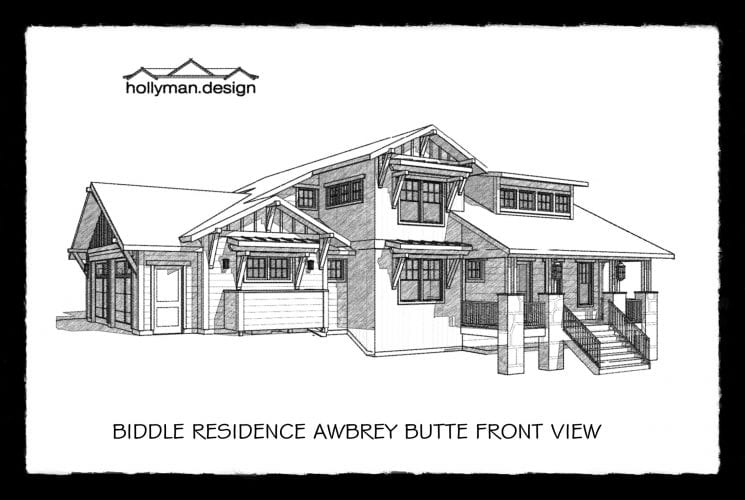 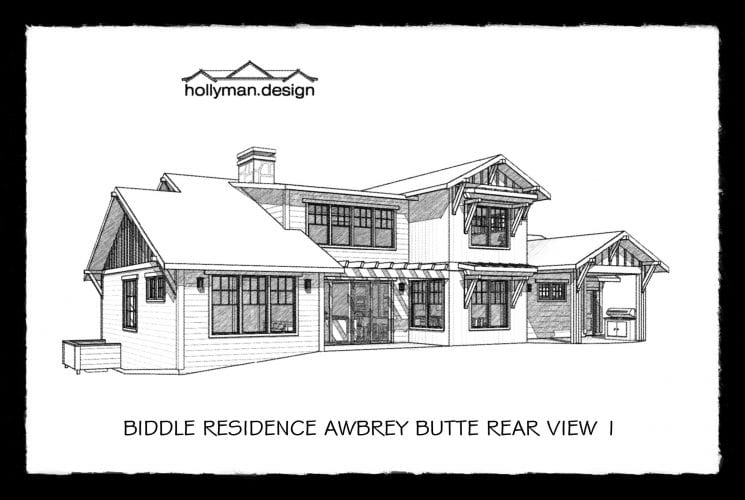 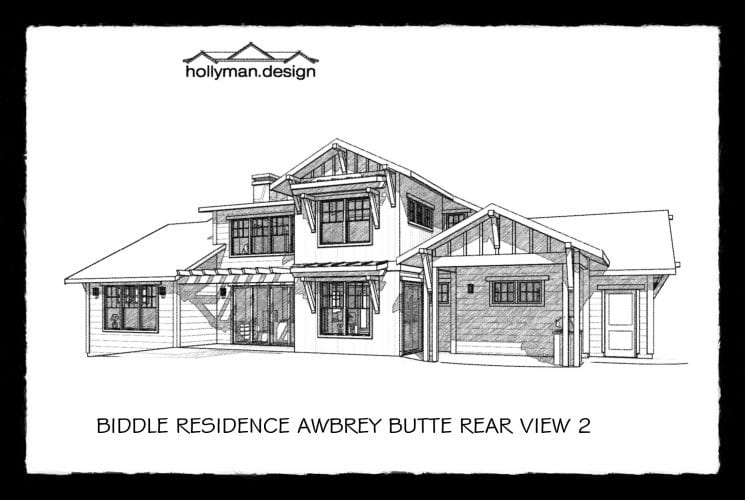 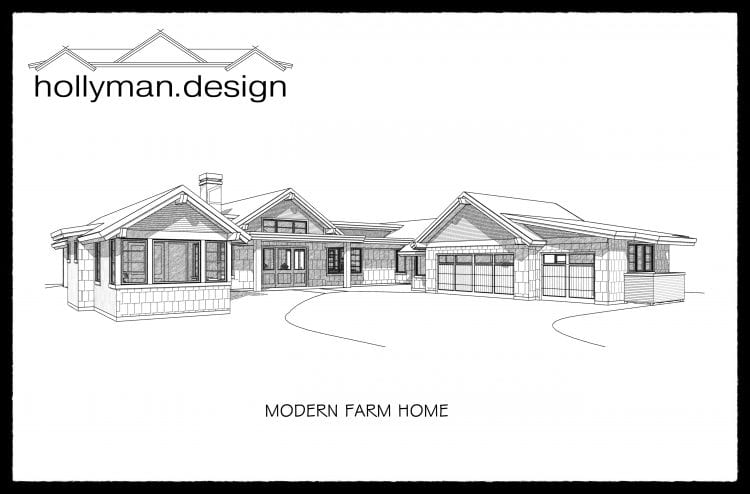 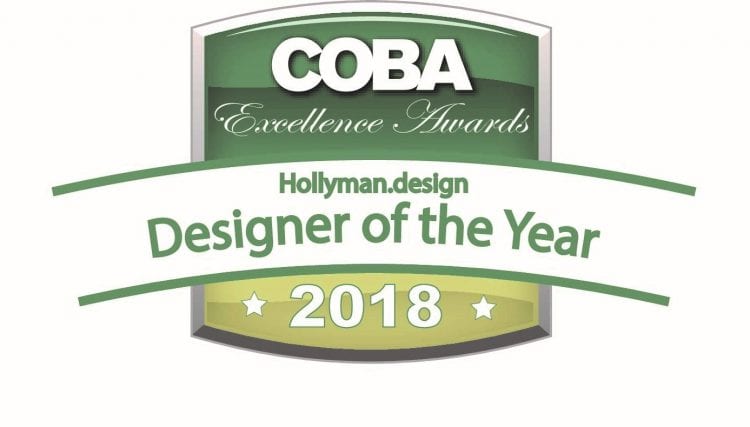