You are here: Home / Culture / Community / 10 Things To Do During Fourth of July in Central Oregon

Join the Pet Parade, relax in a beer garden, take a dip in a lake and more. There are activities and events for everyone throughout the holiday and weekend. 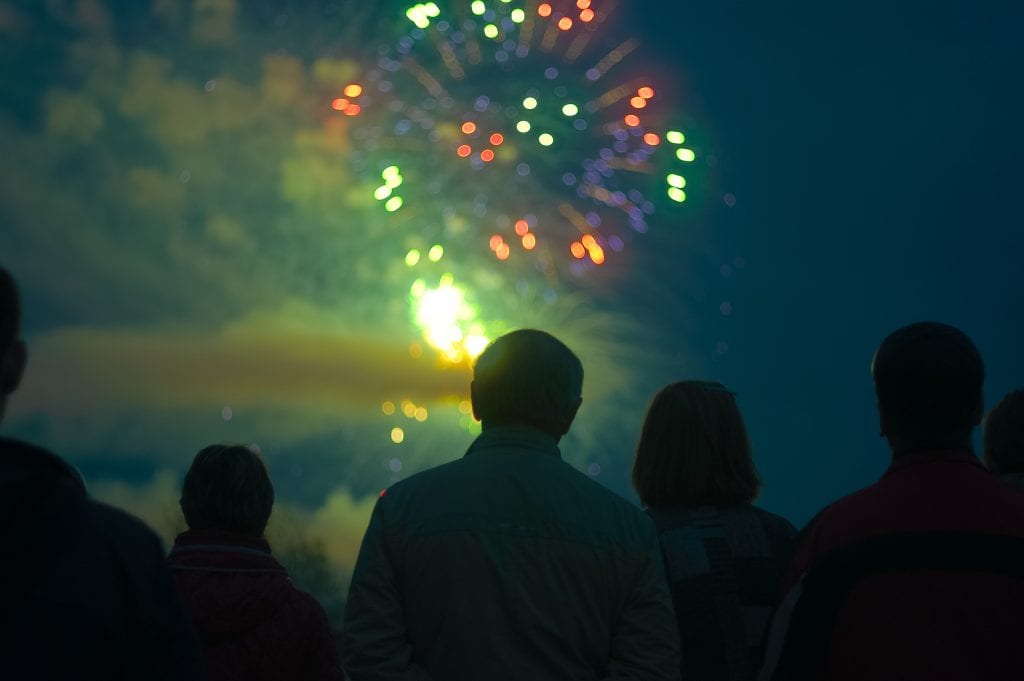 Central Oregon has become something of a Fourth of July destination. Summer weather has finally kicked in, the river is begging for a float and the beer is never more refreshing. Bend’s streets are plastered with red, white and blue and there are tons of events and activities to choose from. Whether you are looking for family fun, the best lawns or patios to enjoy craft beer and live music or the most festive outdoor adventures, we have you covered.

Start off the day with one of the town’s oldest traditions: the Pet Parade. Kicking off at 10 a.m. downtown on Wall Street, the Pet Parade welcomes pets of all shapes and sizes. Don’t be surprised to see horses, goats, dogs, cat, snakes, turtles, birds and more dressed to the nines in their best Fourth of July gear.

After the Pet Parade, head over to Drake Park for the annual Old Fashioned Festival. Here you will find an abundance of local artisans and food and drink vendors. Take part in the annual pie eating contest at 11 a.m. and play a mix of old fashioned games, including gunny sack races, water balloon tosses and watermelon eating contests. Enjoy live music in the park all day with local musicians.

3. Gear Up for the Freedom Ride

Even if you don’t join the “Freedom Ride,” you’ll likely run into it somewhere around town if you’re out and about. The event is Bend’s unofficial Fourth of July bike ride, and riders conglomerate at Pioneer Park between 1 and 2 p.m. to make the journey through downtown to Columbia Park. Despite no central organization, every year thousands of people gather decked out in their craziest red, white and blue gear for the annual ride. (Recently, the crowd has skewed younger and has become less of a ride and more of a parade, to put it nicely.)

4. Check out festivals in Sunriver or La Pine

If you’re in Sunriver for the weekend, watch or join Sunriver Resort’s annual bike parade with the whole family. Stick around at the resort afterwards for a groovy tie-dye station, obstacle courses and bouncy houses. Then, enjoy more fun and games at the Fourth of July Festival in The Village at Sunriver. If you’re in La Pine, don’t miss the Frontier Days festival. The popular event has traditional activities and games like apple pie contests, lawnmower races, and carnival games and rides.

If looking for outdoor adventure, venture out of town and spend the day on a sandy beach, swimming at one of Central Oregon’s alpine lakes. Bring a floatie and relax on the picturesque water or jump on a kayak or paddleboard and find a more secluded beach spot. Take your pick of the hikes surrounding Bend. Enjoy stunning mountain views or get splashed by one of many waterfalls in Central Oregon.

Opt to stay in town and float the Deschutes River. Start at Riverbend Park where there are ample floaties to rent. Drift through the Old Mill District, then clear the rapids in the safe passage adjacent to the Whitewater Park before a calm stretch of water leading to Drake Park, the end of the float. This stretch of the river is sure to be packed on the Fourth, so if you’re looking to beat the crowds, head to Tumalo State Park for a lazy float on a shallow stretch of the Middle Deschutes River. Here, bring a picnic or barbecue at one of the many picnic areas.

7. Relax in a Beer Garden

The breweries will be one of the most popular places to go this weekend, and there are a handful with large grassy lawns to play games and let the kids run around. If you’re looking for a break from the chaos, visit GoodLife Brewing to relax with a beer in the grass lawn, complete with cornhole and sand courts for bocce ball. Downtown, Bend Brewing Company recently remodeled its outdoor seating and has plenty of picnic tables and lots of grass to spread out. Venture to Crux Fermentation Project for happy hour, beginning a half-hour before sunset and ending a half-hour afterward, and grab dinner from El Sancho Taco Shop or Broken Top BBQ, the two food trucks stationed at Crux.

Attending a Bend Elks Game is a Bend must-do and what better day to do it than the Fourth of July? Show your American pride by singing “Take Me Out to the Ball Game” and eating peanuts at the Vince Genna Stadium. The game begins at 6:35 p.m. After the game, stick around and spread a blanket on the field to watch the fireworks show.

Enjoy outdoor live music at Worthy Brewing with Tony Smiley or join Leadbetter Band at On Tap, the newest food truck lot on the east side of Bend. In town for the whole weekend? Dance to your favorite oldies at Avid Cider Company’s monthly “Bring Your Own Vinyl Night” on July 5. Then, the following night, either walk the town for the First Friday Art Walk or spend your evening at the Les Schwab Amphitheater with Steve Martin and Martin Short and the Steep Canyon Rangers. On July 6, listen to music on the water with Broken Top Guitars at Elk Lake Resort, one of Central Oregon’s most scenic concert venues.

There’s no better way to cap your Fourth of July than watching Bend’s Fourth of July Fireworks Spectacular, starting at 10 p.m. and launching from Pilot Butte State Park. The shows can be viewed from almost anywhere in Bend as long as Pilot Butte is in sight. Venture to one of Bend’s many parks such as Blakely Park off Brookswood Boulevard or Juniper Park behind the swim and fitness center. Grab a picnic blanket and lay under the stars at Les Schwab Amphitheater near the Old Mill District or find your way up Overturf Butte, a local favorite for viewing the show.